From design, production, detection to service

(1) Light weight and low density: the honeycomb core is a typical porous structure with regular periodic arrangement of continuous polygon holes. Compared with other sandwich materials, the solid part of honeycomb has small cross-sectional area and low density. 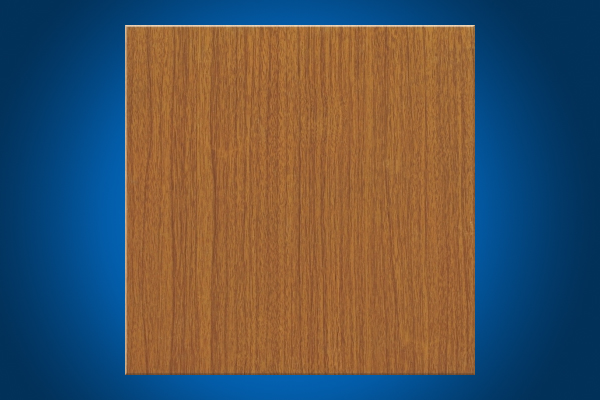 (2) High specific strength and good stiffness: from the mechanical point of view, honeycomb plate structure is similar to many connected I-beams, the panel is similar to the flange of I-beam, which mainly plays the role of bearing in-plane load, and the honeycomb core is similar to the web of I-beam, which mainly plays the role of bearing shear stress, connecting and supporting the upper and lower plates. However, honeycomb core is different from I-beam web. It is not sparse hardening but dense hardening. The core layer is fixed on the surface of the whole panel, and the height of the core layer is much larger than the thickness of the panel, which makes the cross-section moment of inertia multiply. While improving the overall stiffness, the overall stability is also greatly improved.

(6) Good formability and optional thickness. The thickness of aluminum honeycomb plate can be 5-200 mm according to the actual needs, and it can also be made into flat plate, single curved plate or double curved plate according to the specific requirements. Aluminum honeycomb sheet not only has good formability, but also is not easy to deform after forming.

(7) No pollution, energy saving and environmental protection. Aluminum alloy is a kind of material for manufacturing aluminum honeycomb panel. No radioactivity, no harmful gas volatilization, harmful to human health. It can also be fully recycled, saving resources and energy, in line with the requirements of energy conservation and environmental protection. In addition, by reducing the mass of transport vehicles, honeycomb panels can ensure strength, improve dynamic performance, reduce fuel consumption, and reduce exhaust pollution while saving energy.

(8) Beautiful and easy to clean. The aluminum alloy plate of aluminum honeycomb plate can be used directly, or can be painted with different colors or patterns.

0
Article website: http://en.gdjianguo.com/news/523.html
The last: How to protect the finished aluminum honeycomb panel?2021-06-02
Next up: None